We stumbled on a great Kyoto local Sake. Tanzan 丹山 Kiwami 天 Jinmai-Daiginjo 純米大吟醸. It tastes so smooth and fruity, only 40 bucks for 720ml. I hope all foreigners try like this kind of good sake. It’s going to be game changer.
Strawberry season is here!!
It is common in Japan to eat sashimi of raw horse meat. The second picture is grilled horse tongue.
This is #umeboshi made in the year of #monkey in the #chineseastrology. People say it brings you #luck to eat the Umeboshi made in the year in #japan. Once twelve years, absolutely #treasure!!
This is Tempura Dorayaki with vanilla ice cream. Dorayaki is a Japanese traditional desert, which is pancake-sandwich with sweet red beans paste filling.
#okinawasoba is a type of noodle produced in #okinawa Prefecture, #japan. 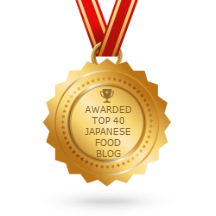